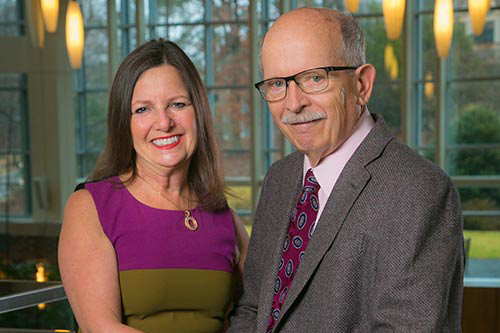 Just a few years after he took over his family’s business operating gas stations — and not long after graduating from law school at Duke — Carl Bolch Jr. made what some called a crazy decision: to offer self-serve gasoline at the pump.

“People said I would lose money, that customers would just drive off after pumping gas,” he recalls. At the time, just a few companies were offering self-service, and most were in the West and Southwest. For many Southern states, self-service gasoline was unheard of and, in some cases, barred by law. But Bolch pressed on, making his gas stations the first in Alabama, Georgia, and Florida to offer self-service and working to change laws where needed. “We not only didn’t lose money, it was the best business decision I ever made,” he says.

People didn’t drive off. They pumped their gas and came inside to pay. And then they started buying other items while inside. Today RaceTrac Petroleum Inc. is a $9-billion family business operating more than 750 stores in 12 Southern states. And self-serve gasoline is the standard in all but two states in the U.S.

Why did self-service work? Why didn’t people just drive off? For Bolch, the answer is obvious.

“It comes down to the rule of law,” he says — a system of laws and understood repercussions for breaking those laws that frames our business and personal interactions and creates a moral code of behavior that the vast majority of us not only observe but cherish.

Bolch, who earned a B.S. from the Wharton School of Business and took over his father’s small gas station business shortly after graduating from Duke Law School in 1967, sees his success as the direct result of the strength of the rule of law in the United States. That view has been reinforced by international travel — a passion he shares with his wife, Susan Bass Bolch, a lawyer and former RaceTrac general counsel who now sits on the company’s board of directors.

“Our interest in the rule of law and what it does domestically and globally stems from our curiosity in our travels,” he says. “We make two trips around the world each year. The people themselves don’t seem to change that much, but their prosperity, their society, their situations change drastically depending on the strength of the legal framework.

“I have had success in business that I couldn’t have dreamed I’d have, largely because of a system built on the rule of law and a society that respects the rule of law. It is the foundation for the stability of society, human rights, a growing economy and flourishing culture and artistic life.”

Establishing a multidisciplinary institute devoted to protecting and advancing the rule of law worldwide is, for the Bolches, a way to both strengthen the system that has provided them with so much opportunity and extend that opportunity to the far corners of the planet where a framework of laws and justice could undergird and foster societal transformation.

The Bolch Judicial Institute at Duke Law School is a natural step in the couple’s personal philanthropy and an ideal expression of their values, says Susan Bolch. “We have found the causes that we embrace — children’s health, education, the rule of law — have something in common. We support the Boys & Girls Club of Collier County, Florida, and a volunteer there put it this way: ‘If we work to make children strong, we won’t have to fix broken men and women.’ In the same way, if you promote and defend the rule of law, you won’t have to fix a broken society. We are really interested in these foundational, and therefore transformational, endeavors.”

The Bolches believe that defending the rule of law begins with a strong and independent judiciary, which is one reason why the institute that bears their name will focus on the study of judges and judicial institutions, judicial training and education, and law reforms that strengthen and advance the administration of justice.

“An independent and fair judiciary is critical to the stability of a society and the rule of law,” says Susan Bolch. “It’s the difference between feeling disappointed in a judge’s decision and thinking a judge’s decision is corrupt or based on a secret direction from some government official. We have to have the belief, the knowledge really, that our laws are stronger than any one person, that our judges are impartial and responsible to the law and nothing else.”

“In John Adams’s words, we must have ‘a government of laws, and not of men,’” adds Carl Bolch Jr. “That is what is at the root of our institutions, and that is what we want to promote and protect through the work of the Bolch Judicial Institute.”