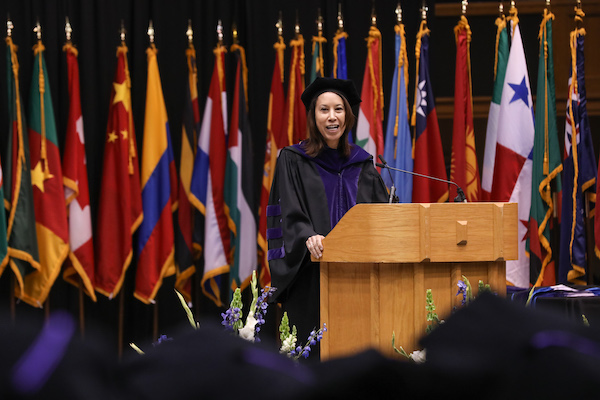 Judge Allyson Duncan of the U.S. Court of Appeals for the Fourth Circuit spoke was the commencement speaker for the Duke Law Class of 2019. A member of the Bolch Judicial Institute Advisory Board, Duncan is a 1975 Duke Law graduate and a Duke University trustee. She shared lessons learned from her remarkable career as a lawyer and a judge.

“The experience of traveling around the world, interacting with judges and prosecutors facing unimaginable challenges in situations more daunting than any we will know, has been life altering,” said Duncan. “It has given me the highest regard, not only for my American colleagues who have worked throughout the world — in countries like the Sudan, Afghanistan, Iraq, and Yemen — but also for the judges in those countries, some of whom are now imprisoned, who are still struggling against all odds to uphold the rule of law. There is no greater source of perspective — and humility — than being exposed to the views, cultures, and languages of other people.

“What I have learned throughout my career is the value of keeping your eyes open for the exact moment when serendipity might appear — often in a guise you least expect,” she said.