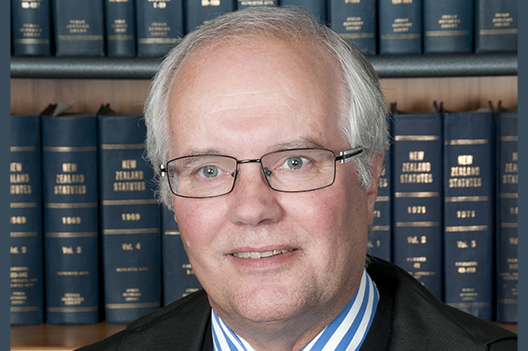 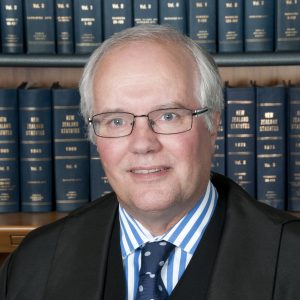 “A scholarly judge with a wide and deep international perspective, Justice Collins will offer us insights and opportunities for self-reflection – about court-packing, about American-style judicial review – that only an informed comparative perspective can provide,” said Neil S. Siegel, the David W. Ichel Professor of Law and Professor of Political Science and the co-director of the Program in Public Law at Duke Law. “As the realists used to say, David will help us resist the normative power of the actual.”

Justice Collins was appointed in April to the Court of Appeal of New Zealand. He had previously served on the High Court of New Zealand since his appointment in 2012. Before becoming a judge, Justice Collins served for six years as Solicitor-General of New Zealand and has appeared as senior counsel on over 30 occasions in cases before the Privy Council and the Supreme Court of New Zealand. He was the president of the Wellington District Law Society and a vice president of the New Zealand Law Society and is an honorary member of the law faculty of Victoria University of Wellington. He is the author of a textbook on medical law as well as numerous articles, including a recent journal article, based on his thesis for the Duke Law Master of Judicial Studies program, published in the Duke Law journal Law and Contemporary Problems.

About the Distinguished Judge in Residence Program

The Bolch Judicial Institute invites outstanding jurists who have an interest in scholarship, teaching, and the study of the judiciary to serve as a Distinguished Judge in Residence. Recipients spend time in residence at Duke Law and may give guest lectures, participate in faculty scholarship workshops, and advise students and faculty. Senior Judge Jon O. Newman of the U.S. Court of Appeals for the Second Circuit served as the 2018-19 judge in residence.