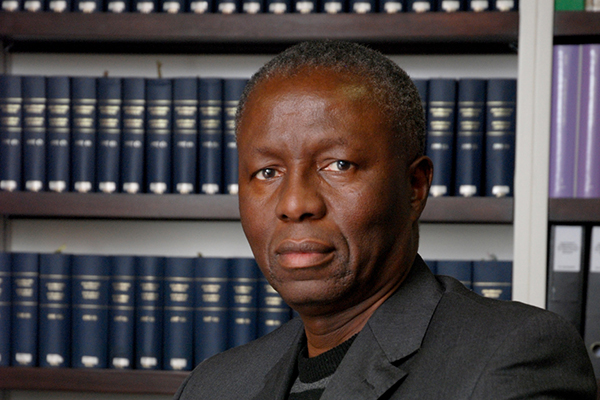 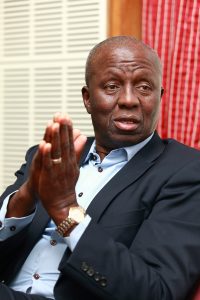 A lifelong advocate for justice, human rights, and the rule of law, Justice Moseneke helped draft South Africa’s Interim Constitution, laying the groundwork for a post-apartheid society rooted in the just and equal application of law. Over the course of 15 years as a justice and then deputy chief justice of South Africa’s Constitutional Court, Moseneke authored numerous influential opinions that helped clarify and strengthen democratic principles and the separation of powers among the branches of government in South Africa.

Justice Moseneke also has written and spoken extensively on the rule of law and its importance, offering a perspective shaped by his experiences as a political prisoner during apartheid, which used the cover of law to exact damage and injustice. His knowledge of apartheid is first-hand; at age 15, he was imprisoned at Robben Island, alongside future president Nelson Mandela, for protesting his country’s segregated system. Justice Moseneke earned two of his three degrees during the decade he spent there.

The Bolch Prize is awarded annually by the Bolch Judicial Institute of Duke Law School to an individual or organization who has demonstrated extraordinary dedication to the rule of law and to advancing rule of law principles around the world. By honoring those who do this work, the Bolch Prize draws attention to the ideals of justice and judicial independence and to the constitutional structures and safeguards that undergird a free society. Retired U.S. Supreme Court Justice Anthony M. Kennedy was the inaugural recipient of the award in 2019. The prize, which includes a custom artwork and a significant monetary award, will be given during a ceremony in Washington, D.C., in April (program postponed).

Justice Moseneke’s legacy as a leader in the law includes jurisprudence on affirmative action, rule of law, separation of powers, socio-economic rights, property, economic justice, and anti-corruption law. He earned the 2018 “Order of Luthuli in Gold,” South Africa’s highest honor, in recognition of his “exceptional contribution to the field of law and the administration of justice.” He holds multiple honorary degrees, has held numerous positions of leadership in business, higher education, government, and law, and is a widely published scholar. He is serving as a Rubenstein Fellow at Duke University during the spring 2020 semester; while in residence at Duke, he will participate in events and roundtables, co-teach a class at the Sanford School for Public Policy, guest lecture in selected courses, and conclude his second memoir, reflecting on his time in judicial office.

About the Bolch Judicial Institute

The Bolch Judicial Institute’s mission is to study and advance rule-of-law principles, to protect and support judicial independence, and to explore the ways in which technology can improve the administration of justice. The Institute provides unique educational opportunities for sitting judges in the United States and around the globe; conducts research and supports teaching and scholarship on courts and judicial decision-making; and develops civic education initiatives to advance its mission.