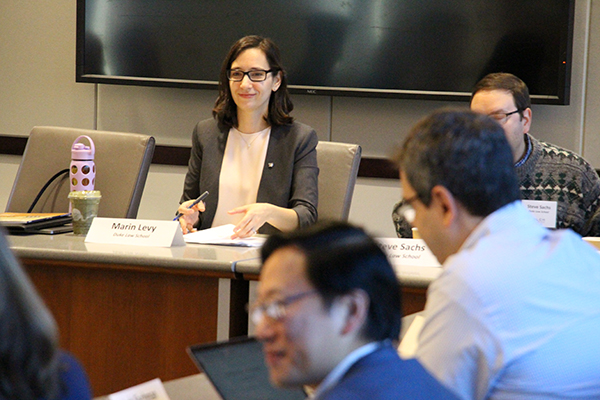 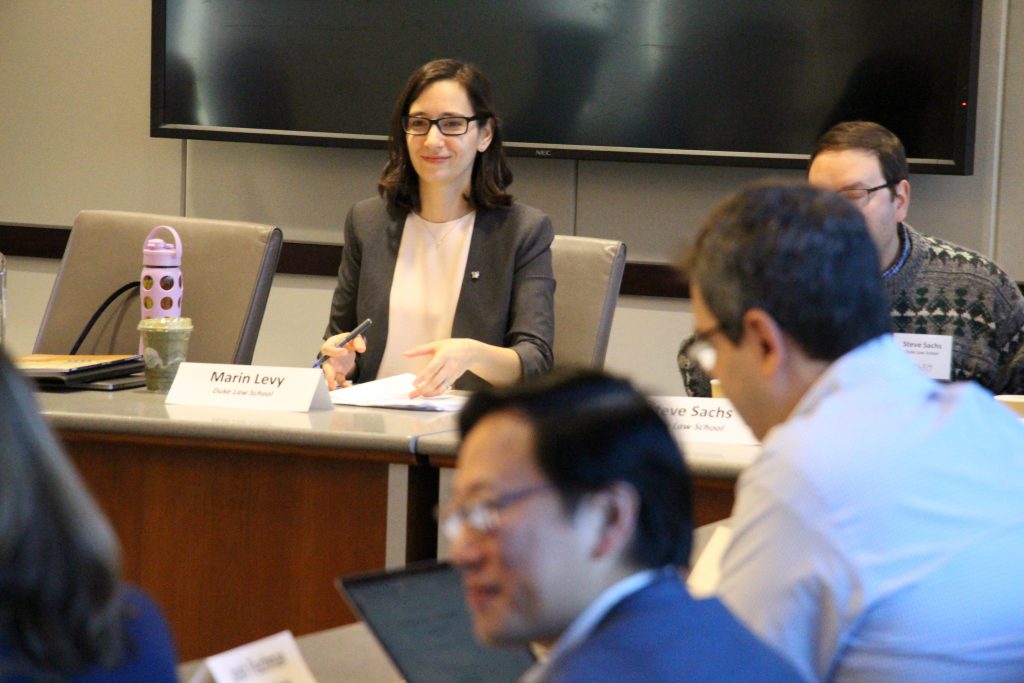 Legal scholars gathered at Duke Law to discuss judicial administration and judicial processes during a roundtable conference on Thursday, Dec. 12. Organized by Duke Law Professor Marin Levy (pictured right) and sponsored by the Bolch Judicial Institute, the conference brought together some of the nation’s foremost scholars of judicial administration to discuss their works-in-progress on important questions of court design, procedure, and judicial decision-making.

“It is so exciting to have top scholars from different fields — civil procedure, constitutional law, federal courts, and criminal law — come together to talk about critical aspects of court administration and decision-making. Having such thoughtful academics bringing different perspectives made for an invaluable discussion,” said Levy, who, in addition to convening the roundtable, presented a paper entitled The Power of the Chief about the role of the federal appellate Chief Judge.

Other presentations addressed topics such as Arbitral Courts, examining the development of new courts that mimic arbitration; Serial Cert at the Supreme Court, about “repeaters,” or merits cases that have been granted certiorari more than once by the U.S. Supreme Court, and Curating Unpublished Decisions in the U.S. Courts of Appeals about Federal Rule of Appellate Procedure 32.1 and the significant barriers that still remain to access unpublished decisions in the federal appellate courts.

Following is a list of participants. For more information, visit the conference web page.