Coping with COVID: Leadership Perspectives from the Private Sector 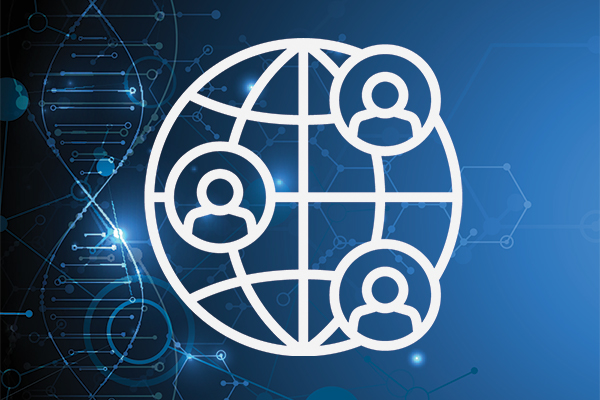 Leaders from Merck, Medtronic, Apple, and 3M discuss the many ways the COVID-19 pandemic is transforming and impacting business across the world during the latest episode of Coping with COVID, a video and podcast series produced by the Bolch Judicial Institute at Duke Law School and The American Law Institute.

Skyrocketing demand for medical equipment; unparalleled pressure to produce treatments and vaccines in record time; data privacy concerns amid efforts to track the virus; and managing employee safety and health worldwide are among the challenges many companies now face. In Episode Four of Coping with COVID, David F. Levi, director of the Bolch Judicial Institute and president of The American Law Institute, spoke with three general counsels and a CEO about how they are handling these unprecedented challenges. The panelists were:

Watch the Video   Listen to the Podcast

The panelists agreed that a lack of cooperation among various countries and governments presents stumbling blocks for multinational companies like theirs that rely on global supply chains and have employees and facilities all around the world.

“One of the biggest challenges that we have is that governments around the world are not cooperating,” said Frazier. “Science crosses borders, so we need to collaborate across borders. Our supply chains go across borders. Obviously, this pandemic, this virus is not a respecter of borders. And the struggle we often have is, in order for us to proceed, for example, with a vaccine program, we might need some IP that’s resident in France or we might need to collaborate with someone in the UK. . . .  But we’re now struggling with governments that are really getting ultranationalist in this time.”

Moorthy discussed her management team’s efforts to address the critical need for more ventilators. “For us it was increasing production, but it wasn’t just about what we were doing — it was also about our suppliers,” Moorthy said, noting that one of the ventilators produced by Medtronic uses 1,500 parts, sourced from suppliers all around the world. “In both instances, maintaining employee safety was critical and paramount. We were also facing shelter-in-place orders, really globally. And so, ensuring that we fell within the definition of essential services was very critical. Our government affairs team has been critical to lobbying and dealing with governments to pave the way where needed.”

Adams discussed the process of working collaboratively with Google to develop an app that can assist public health officials in tracking the virus’s spread without violating individual privacy. “Our engineering team’s focus was on building an interoperable framework that would allow users to be notified in the event of an exposure, but also building in strong privacy protections and needing to do that across the Android and iOS environments,” Adams said. With a user’s consent, the app shares anonymized data that can help determine whether the user comes into contact with someone who has been diagnosed with COVID-19. “I think it’s really a quite innovative and really remarkable way of getting important information into the public domain with privacy and security at the forefront,” Adams said.

Transparency in information sharing was a theme that translated into a discussion of leadership and management styles during a crisis. “It’s important to communicate throughout the organization,” Fong said. “There’s going to be a hunger for information, within the organization and externally.” Communicating with candor to build trust, and showing compassion and empathy for those impacted by the crisis are important ways that leaders can bring people together during difficult times, he added.

Panelists expressed hope that some of the pandemic’s long-term effects will be positive. “There are some things I hope will come out of this for us as humankind,” Adams said. “One is a newfound appreciation for our frontline people who are doing critical work in this time, that might have in the past been considered mundane or menial activities.” Adams added that the pandemic may also deepen a “much-needed respect for facts and for science. People are gravitating toward those who can speak with authority, with knowledge, with candor, as a beacon of truth and a path forward in a very ambiguous environment. I hope that becomes something that we embrace for the long haul and not just in the immediate term.”

Moorthy said the crisis is likely to have transformative effects on the way business is conducted around the world, particularly with regard to business travel. “I think the fact that we can function as seamlessly as we have — I don’t mean to suggest it hasn’t been difficult, but I’ve been surprised at how easily people switched the way they operate, certainly for our company. And that it’s been relatively seamless. So this is going to have some transformative effects in how we work.”

Levi closed the discussion with a word of thanks. “The challenges you face are staggering,” he said. “But hearing your thoughtfulness, your vision, your determination your innovativeness — you’re meeting these challenges, and as Ivan says, you’re looking at reality but you’re also giving us some hope and confidence in the future. Thank you for all you are doing to help us fight this terrible problem and to make our communities safer and healthier.”