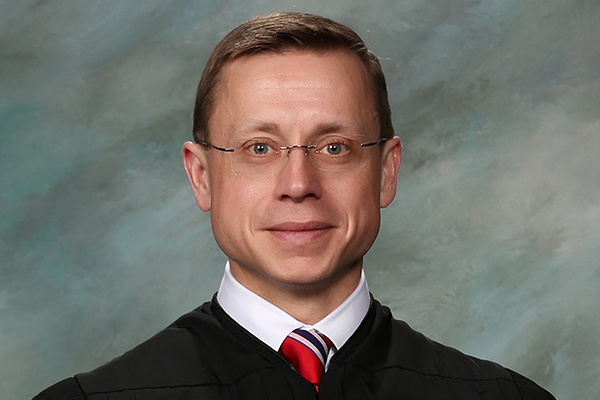 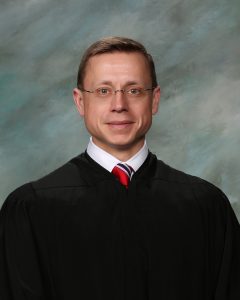 Judge Andrew Oldham of the U.S. Court of Appeals for the Fifth Circuit will be a distinguished “virtual visitor” to Duke Law in October 2020 as part of the Bolch Judicial Institute’s Distinguished Judge in Residence program. As part of his residency, he will participate in a session of Professor Ernest Young’s Federal Courts class; join a “coffee hour” hosted by students in the Federalist Society; and join Professor David F. Levi, director of the Bolch Judicial Institute, for a lunch hour discussion about his career and time on the bench.

“It’s an honor to have Judge Oldham joining us this month,” said David F. Levi, director of the Bolch Judicial Institute. “He has had an impressive and varied career with roles at both the state and federal level, and our students will enjoy hearing about his path and experiences. We are grateful that he is willing to be with us, albeit in the virtual realm.”

Judge Oldham was appointed to the Fifth Circuit by President Trump in 2018. Before ascending to the bench, he served as general counsel to Texas Governor Greg Abbott, where he advised the Governor on a range of issues under federal and state law and managed litigation in which the Governor was an interested party. Before that, he served as deputy solicitor general for the State of Texas, representing Texas in federal courts across the country, including twice before the United States Supreme Court. He previously was an attorney at Kellogg Hansen Todd Figel & Frederick in Washington, D.C., where his practice focused on appellate litigation in federal courts of appeals throughout the country.

Before entering private practice, Judge Oldham served as a law clerk to Justice Samuel A. Alito, Jr., at the Supreme Court of the United States and to Judge David B. Sentelle of the U.S. Court of Appeals for the District of Columbia Circuit. He also worked as an attorney-adviser in the Office of Legal Counsel at the U.S. Department of Justice from 2006 to 2008. Judge Oldham earned a B.A. from the University of Virginia with highest honors, a Truman Scholarship for graduate school, an M. Phil., first class (with distinction), from Cambridge University, and a J.D., magna cum laude, from Harvard Law School.