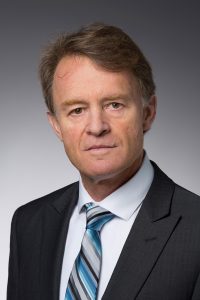 Manuel Sager has served as Director General of the Swiss Agency for Development and Cooperation (SDC), in charge of Switzerland’s official development assistance, since Nov. 1, 2014. He was named to the Bolch Judicial Institute Advisory Board in December 2019.

Sager began his diplomatic career in 1988 when he joined Switzerland’s Ministry of Foreign Affairs (MFA) and was posted as a diplomat in training in Bern and Athens. From 1990 to 1995, he worked in the MFA’s Directorate of International Law in Bern, specializing in international humanitarian law. From 1995 to 1999, he served as Deputy Consul General in New York, and from 1999 to 2001as head of communications of the Embassy of Switzerland in Washington, D.C. From 2001 to 2002, he headed the Coordination Office for Humanitarian Law, Euro-Atlantic Partnership Council and the Partnership for Peace, of the Directorate of International Law. He then served as director of communications, first in the MFA and then in the Ministry of Economic Affairs until 2005. From 2005 to 2008, Sager served as Executive Director, with the title of Ambassador, at the European Bank for Reconstruction and Development (EBRD) in London, and then headed the Political Affairs Division in the MFA responsible for coordinating thematic foreign policy until 2010. From 2010 to 2014 Sager served as the Ambassador of Switzerland to the United States in Washington, D.C.

In 1995 Sager obtained a PhD from the Law School of the University of Zurich.